I think this was our most community-oriented Wake that kept people talking outside the library! Hiram Larew in an email to the Wake Steering Committee called this event historic and I agree.

We had some very big obstacles this year relative to leadership and then in the 11th hour, our program was reduced by 30 minutes because the program occurred during GWU’s spring break when the library reduces hours. We were very lucky that Joanna Howard was able to return to her leadership role. She had stepped back last fall from her Splendid Wake activities given some medical problems within her family.

To keep things manageable, the steering committee decided to limit the program to three topics instead of five, which we had last year. Here, the stars aligned because when we were told we had less time for the public program, three programs made it much more possible to present a meaningful program within a 90-minute period.

—Among the three presentations was variety that included recorded “The Poet and the Poem” readings of poems by lost leaders of our DC lit community, projected photographs from the Letras Latino experience in DC, and an interactive panel on translation that had a teaching element.
—Participants were good about keeping their allotted timeframes and this allowed for audience to ask questions and make comments.
—Having an earnest moderator like Patrick Washington helped glue the parts together and keep the action moving forward.
—The warm introduction by Gelman Librarian Chief Geneva Henry set the tone for success. She said, “I know it’s spring when Splendid Wake comes to Gelman.”
—The paper program booklet similar to last year’s was exactly what we needed to follow along with the event schedule and understand why we do these Wakes.

SPECIFICS ABOUT THE PANELS

—The Poet and the Poem: Voices from the Past

Grace Cavalieri, the founder of The Poet and the Poem—a long running radio program that began 40 years ago on WPFW-FM and now comes through National Public Radio uploads from the Library of Congress, presented selected readings from our honored dead—Belle Waring, Essex Hemphill accompanied by Garth Tate, Lucille Clifton, Sterling Brown, May Miller, Ann Darr, Reid Whittemore, and Rolland Flint. The recording of Sterling Brown reading “After Winter” is the only record of Brown reading his poetry. While I was profoundly moved by the selections Grace picked for this presentation because I had actually heard each of these poets read live from his or her work, others in the Splendid Wake #4 audience were hearing some of these voices for the first time. Starting with our honored dead was the perfect place to begin this Wake.

Francisco Aragón and Dan Vera introduced the literary community in the room—about 60 strong—to the Letras Latinas project and award. While Letras Latinas was established in 1999, the emphasis of this discussion was on gathering community around Latino writing being written in the Washington, DC area and the Nation. One of their points that hit home with me is that the Hispanic population in the United States is increasing and we as a literary community need to welcome Hispanic writers as one of us. Dan Vera’s reading of his poem “The Cuban Friendship Urn” was timely not only for President Obama upcoming visit to Cuba but also sobering commentary on how a gift from Cuba “now stands majestically/ beneath an overpass/ beside a parking lot/ behind Jefferson’s enormous shoulder.” Vera won the first Letras Latinas/Red Hen Poetry Prize for his book Speaking Wiri Wiri in which “The Cuban Friendship Urn” is published.

Barbara Goldberg created this panel inviting Nancy Naomi Carlson, Roman Kostovski, and Ting Wang to participate. All are members of DC-ALT, a translation group that sponsors writing workshops for people who would like to translate or who already are working in the field. What I particularly liked about this panel is that Barbara and Nancy talked about their process for translating. Roman spoke about his new publishing house for Eastern European languages and how the DC area is such a rich resource given the embassies here and the active literary circles and meet-up groups. Barbara also made an important point about how Myra Sklarew (one of the founders of Splendid Wake) had included a translation course in the requirements for the MFA degree she developed at American University.

Special shout outs to Jennifer King for making the logistics of all this work so well and let’s keep
fingers crossed that Steve Castro shot a viable video.

To Joanne Howard for the Herculean job of creating the printed program brochure and making sure everyone was in place for the live program.

To Sunil Freeman for sitting as the hard-working timekeeper.

To Ginger Ingalls for running the mike around the room during the question and answer period.

To Jacqueline Jules and Jim Hayes for taking photographs.

—Less is more. I like the idea of only presenting three panels or subject areas for our next Splendid Wake. This creates excitement among attending audience and panelists alike by not overwhelming.

—Moderator needs advanced briefing. It’s best to give our program moderator time to understand what the program entails and if possible have that person attend one of our steering committee meetings.


—Honored Dead & Here and Now. It’s important to have the lead presentation bring voices of honored dead into the room. While both the Letras Latinas and Translation panel had some element of addressing history, I think the greater portion of our program must address the here and now. This is how we are going to build community. 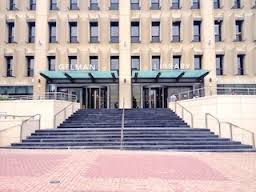 The Special Collections Research Center maintains the Washington Writers' Archive. This collection focuses on Washington, D.C. writers and possesses a particular strength in the D.C. poetry community. The Washington Writers’ Archive began in 1984 as a partnership between the GW English Department, several local authors and academic institutions, and the Special Collections Research Center (SCRC) at The Estelle and Melvin Gelman Library. The goal of this important academic resource is to collect the literary papers of the writing community in D.C., especially those of artists who focus their work on issues of concern to residents of Washington.
The SCRC is actively seeking to collect and make available for research the personal papers of Washington Metropolitan Area writers, as well as the organizational records of publishing houses and other organizations associated with writers. The goal of these efforts is to uncover and explore the ways personal papers of writers and records of local organizations converge to tell a complete story of the community. The SCRC accepts donations of published works of local writers (especially those works published by local small presses) as well as material that communicates the connections between writers in this community. Documents often included in donations include correspondence (especially with other writers and publishers), minutes and other records of writing groups, fliers from public performances, and audio and video of performances.
These donated collections will become a part of the community’s collective memory and enrich the available resources used for new discoveries. Special Collections stores archival collections in an environmentally controlled secure storage facility and oversees proper handling and use by researchers. We provide research access to the contents of the records in our reading room and submit collection descriptions to national databases including WorldCat and ArchiveGrid. All these tools inform researchers that GW is the repository holding specific collections or groups of collections that match their research needs. If you have a collection you are considering donating to the SCRC please contact Jennifer King, manuscripts librarian. jenkingATgwu.edu, 202-994-0628.
In 2011 members of the DC poetry community, concerned by the loss of history that was occurring with the passing of local poets, worked with staff in the SCRC to create DC Poetry: A Splendid Wake, a wiki that contains biographical articles for more than 500 poets, as well as information on reading series, conferences, and publishing houses in D.C. This living document allows the community to direct the collection of its history by inviting members to share their memories. Through this active partnership with the D.C. poetry community, the GW Libraries celebrate this vibrant and enduring community through an ongoing series of events like “A Splendid Wake.” This annual symposium honors poets of the past and helps to preserve the remarkable literary history of Washington poets from 1900 through the present.

Posted by Jacqueline Jules at 5:00 PM No comments: