Congratulations to Myra Sklarew, the heroic guest editor of the newest issue of Beltway Poetry Quarterly, whose issue, also called "A Splendid Wake," was published today.

This large special issue of the journal is available for free online.  It features 17 rich and fascinating essays by 14 authors on DC poets and poetry movements:

Links to these web pages will also be made on the "Splendid Wake" blog. 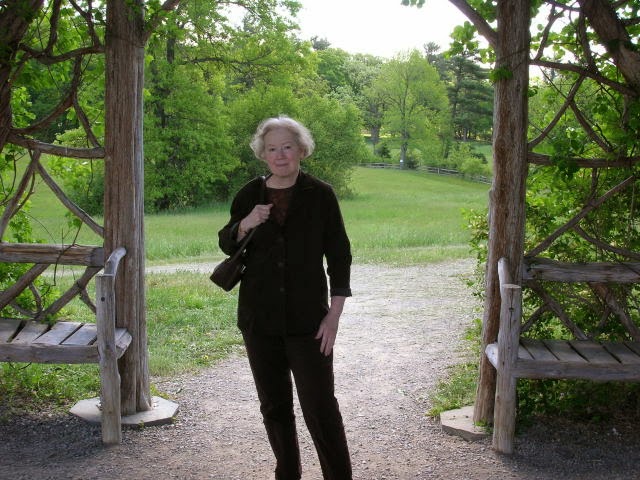 Posted by Kim Roberts at 2:14 PM No comments:

I’ve always loved it, the title of Black Box 8 published in 1976, an all-Washington issue of the first poetry magazine in audiocassette tape format.  For me, these words, Love & Death in Demon City, speak of the heat and turmoil of the period; of possibility, ferment, passion in the face of danger.  This was a heady time to be young, it was easy to live on little money, undertake projects on a shoe-string and make them happen with hard work, the support of friends, little sleep and seemingly boundless energy.

Black Box was the brainchild of Alan Austin, poet, son of a Southern preacher, who in the late 1960’s was poetry editor for Motive magazine, a radical publication of the Methodist Church (this could happen in the ‘60’s).  He came to Washington, DC from Vanderbilt University in Tennessee, where he was working on a graduate degree and became a fellow at the Institute for Policy Study (the left-wing think-tank) thinking about the uses of technology in democratizing education.  At some point, according to Alan, IPS wanted him gone (although the reason always remained vague) and he was given a small grant to start some enterprise of his own.  So, in 1970, he did what any true activist worthy of his salt would do—incorporate as a non-profit, educational foundation which he called first “The New Classroom,” and later changed the name to “The Watershed Foundation.”

Alan’s thinking, his visions, were always expansive and inclusive. His idea of using technology,

specifically technology to record and broadcast the human voice, in order to cross distances, to provoke thought, to inform debate, to evoke emotions, to promote deep understanding was at the core of all the projects he initiated. Alan was determined that they should all be multi-racial, multicultural and represent a balance between woman and men’s voices. Poetry seemed the natural vessel for these ventures. As his first co-editor. Alan enlisted Etheridge Knight who was followed by Ahmos Zu-Bolton III.  And most of the managing editors of Black Box, and producers of Watershed Tapes were women, notably Julie Huff, Elizabeth Wray, Katherine Mattern, and me

What Alan did best was articulate his ideas, create and maintain structures to embody them and attract other poets with lively, discerning minds, good humor, energy and love of the craft, who would transform his ideas and bring them to fruition. Black Box/Watershed became a hub, a node of poetry activity in the Washington area.

Black Box 8 began as the Washington DC Poetry Tapes Documentation Project.  With a $5,000 grant from the DC Commission on the Arts and Humanities, Alan’s goal was to record “all of the working poets in the Washington, D.C., which we have tentatively estimated as being between two to three hundred people.”  In spring 1975, an invitation was sent out for opening recording sessions at the Black Box office, then at the Dupont Circle Building, on Thursday evenings and Sunday mornings.  During a sixteen-month period, Julie Huff, then managing editor of the magazine, and Alan recorded over three hundred local poets.  Ahmos Zu Bolton, Co-editor for Blackpoetry, E. Ethelbert Miller, Mac Wellman and Robert Hinton assisted, identifying poets to be recorded, getting them into the studio, and then helping to make the selection of 37 poets whose work would be used in the issue. In addition, Alan recorded a number of reading series around town, and material from those readings was included.  Sterling Brown was recorded as part of the series Betty Parry organized at the Textile Museum in 1973. Others were recorded at the Martin Luther King Public Library, thanks to Octave Stevenson, at Columbia Station, a bar/coffeehouse, whose series was hosted by Ira Brukner, and at Ethelbert’s Ascension Series.

Highlights of “The Washington Sound: Love and Death in Demon City” are performances by Adesanya Alakoye, Jane Flanders, May Miller, Patricia Garfinkel, Ann Darr, Sterling Brown (who introduces his Slim Greer poems, “ I do not often read these to a mixed audience, but now that I am growing old I am less cautious and I do not think I will set back the cause of race relations by this tall tale . . .”), Myra Sklarew, sounding young and carefree at Columbia Station, reading “The Reason I Can’t Invite You in for a Drink” and “Walking into Fire,” and an always exuberant Grace Cavalieri ends the show with “The Good Life,”  “ . . .  a library card in bed with me in Washington D.C., the poetry capital of the world.”

Finding it difficult to distribute Black Box, Alan researched how other producers of “spoken word” recordings sold their cassettes.  Out of this research he identified most of the poetry recordings commercially available in the U.S. as well as number in Europe, and proceeded to develop The Poet’s Audio Center, with a comprehensive mail-order catalogue.  And, understanding that magazines are congenitally hard to sell, added Watershed Tapes, individual cassette albums of nationally and internationally known poets.  The first titles in this series came from the special issues of Black Box which presented two poets, with national reputations, each reading for an hour: Sonia Sanchez, Robert Bly, Julius Lester and Muriel Rukeyser. Finally, bringing in Louise Cleveland, an independent producer to supervise the project, we expanded into public radio as The North American Poetry Network, developing two literary series, “The Poem that Never Ends, using material from the Watershed archives, and “A Kind of Hearth,” featuring interviews with small press and magazine publishers, and readings by the poets they published.   The first program in TPTNE series, featuring William Meredith, Philip Levine, Carolyn Kizer, Lou Lipsitz, David Ignatow, Lucille Clifton, Siv Sedering Fox, and Charles Simic, was the first poetry to be broadcast by satellite, in 1980.

After graduating from the Writing Seminars at Johns Hopkins, in 1977, I began volunteering at Watershed while looking for a “real” writing job. When the CETA program Arts DC began subsidizing employment for artists, Alan was able to hire me as Director of the Poet’s Audio Center.  A good part of my time was spent as a mail clerk, packing and shipping the orders, or preparing mass mailings, sticking address labels on the catalogues, bundling them by zip code.  But I also had to listen to the tapes in order to write descriptions of new ones, and to be able to advise customers to make sure they got what they wanted.  “Poetry must be heard!” the catalogue exhorted.  I had grown up in a family where we all read out loud to each other; I was probably seven when my father decided to read the Bible (the King James version, of course) to my siblings and me—not as religious instruction but as great poetry; my brother and I taught our younger sister to recite Sara Teasdale’s “The Falling Star” so she wouldn’t embarrass the family when she went to kindergarten.  And had listened to the Caedmon recordings of Dylan Thomas, Gertrude Stein, Albert Camus—I’d listen over and over to particular lines that physically touched me.

For a poem to be recited to a living audience is its big break in show business. A poem in the air is not the same poem as it was on the page—the drama and charm of its unfolding is completely, particularly alive and intimate as it passes from one body into another. ~Tony Hoagland

Some days I listened to poetry for 8 hours straight. This was my true education in poetry.  This was my dream job.  Alan was a difficult boss, but perhaps the best kind of teacher. With a minimum of guidance, which also allowed for a lot of freedom—the old “sink or swim” theory of pedagogy—I was given tasks and learned by doing. I progressed to producer of Watershed Tapes, then Associate Director of Watershed.

***
Over a more than thirty-year period, Watershed released about fifteen issues of Black Box, approximately 130 Watershed Tapes, and two series of poetry programs broadcast on 250 public radio stations. Our cassettes were purchased by individuals and institutions all over the world. But, in the mid-1990’s, when a major portion of the archives was destroyed in a flood, Alan’s wonderful, stubborn, perseverance reach its limit.

He did make sure, however, that the master recordings of Black Box, and all of the archive of Washington poets (1973-1986) found a secure home in the Special Collections division of Gelman Library at George Washington University.   https://library.gwu.edu/ead/ms2172.xml will take you to a finding aid to access this archive.  In addition, Jennifer King tells me that Special Collections has a complete set of masters and cassettes of all issues of Black Box, and that there are plans to digitize this material.  The masters of Watershed Tapes Alan deposited at the Writer’s Center in Bethesda, MD.  While there are no current plans, Sunil Freeman, the Associate Director there, would like to find the funds to digitize these recordings.

I have tried to acknowledge and honor the many people who contributed to this enterprise but I know I’ve left many out.  I want to prepare a comprehensive history of the Watershed Foundation, and would love to hear from those I missed in this preliminary essay.   If you have more information and anecdotes please contact me at annebeck48@gmail.com.