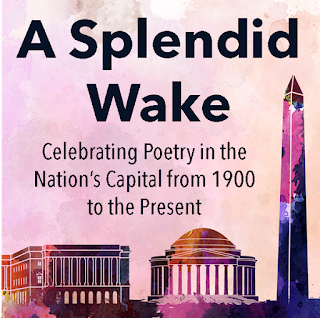 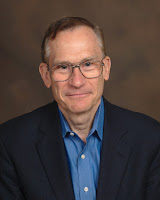 Henry Crawford is a poet and software engineer living and writing in the DC area. He is a co-director of the Cafe Muse poetry series and the author of American Software, his first collection of poetry. Visit HenryCrawfordPoetry.com to see a sampling of his work. 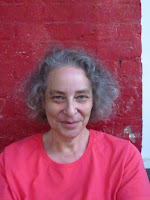 Kim Roberts is the author of five books of poems, most recently The Scientific Method (WordTech Editions, 2017). She edited the anthology Full Moon on K Street: Poems About Washington, DC (Plan B Press, 2010), and co-edits the journal Beltway Poetry Quarterly, and the web exhibit DC Writers’ Homes. Her book of walking tours, A Literary Guide to Washington, DC from Francis Scott Key to Zora Neale Hurston, will be released this spring from the University of Virginia Press, covers the history of DC’s writers from the city’s founding to the beginnings of modernism. Ms. Roberts will speak about Jazz Age writers of DC, focusing on Langston Hughes, Georgia Douglas Johnson, Sinclair Lewis, Jean Toomer, and Zora Neale Hurston.  http://www.kimroberts.org.

A.B. Spellman is an author, poet, critic, and lecturer. He has published numerous books and articles on the arts, including Art Tatum: A Critical Biography (a chapbook), The Beautiful Days (poetry), and Four Jazz Lives (University of Michigan Press).  His poetry collection, Things I Must Have Known, was published by Coffee House Press. Mr. Spellman has served on numerous arts panels including the Rockefeller Panel on Arts, Education and Americans; the Awards Panel of the American Society of Composers, Authors and Publishers (ASCAP); the Africa Diaspora Advisory Group, the Jazz Advisory Group, and the Advisory Group on the African-American Museum for the Smithsonian Institution.  In recognition of Spellman’s commitment and service to jazz, the National Endowment for the Arts in 2005 named one of its prestigious Jazz Masters awards the A.B. Spellman NEA Jazz Masters Award for Jazz Advocacy. Mr. Spellman will share a few poems and speak about poetry & jazz in the work of performance poets during the Black Arts Movement. 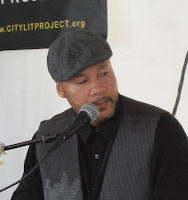 Truth Thomas: Speaker
Truth Thomas is a singer-songwriter and poet born in Knoxville, Tennessee and raised in Washington, DC. He is the founder of Cherry Castle Publishing and studied creative writing at Howard University under Dr. Tony Medina. Thomas earned his MFA in poetry at New England College. He is the Poetry Editor of Tidal Basin Review and Editor-in-Chief of The Skinny Poetry Journal.  His collections include: Party of Black, A Day of Presence, Bottle of Life, My TV is Not the Boss of Me (a children's book, illustrated by Cory Thomas) and Speak Water, winner of the 2013 NAACP Image Award for Outstanding Literary Work in Poetry. A former writer-in-residence for the Howard County Poetry and Literature Society (HoCoPoLitSo), his poems have appeared in over 100 publications, including The 100 Best African American Poems (edited by Nikki Giovanni). Thomas has multiple Pushcart Prize nominations to his credit and is the creator of the "Skinny" (a fixed form of poetry that continues to blossom in international appeal). Mr. Thomas will discuss the power of poetic brevity, rules, and rich refrains of imagery that abide in the fixed-form framework of the Skinny. Visit http://truththomas.com/ and http://www.cherrycastlepublishing.com/


Maritza Rivera is a Puerto Rican poet and Army veteran who has lived in Rockville, MD since 1994. She founded the weekly Mariposa Poetry Series, which ran from September 1999 to October 2002 in College Park, MD and hosts the annual Mariposa Poetry Retreat at the Capital Retreat Center in Waynesboro, PA . Maritza is the author of About You, a collection of poetry “for women and the men they love”; A Mother’s War, written during her son’s two tours in Iraq; Baker’s Dozen, a limited edition in the Brazilian Cordel tradition created for the 2013 Seeing Food art exhibit in Silver Spring, MD and Twenty-One: Blackjack Poems. Maritza is also a supporter of the Memorial Day Writers Project (MDWP); participated in the Warrior Poetry Project at the Walter Reed National Military Medical Center in Bethesda, MD; and served on the Board of Directors of Split This Rock. She was the recipient of a 2012 BID International Writing Fellowship in Bahia, Brazil, and FY 2016 grant recipient of the Arts and Humanities Council of Montgomery County. Maritza Rivera is also the publisher of Casa Mariposa Press. Ms. Rivera will speak about the invention of Blackjack Poetry
SAVE THE DATE—MARCH 18, 2017  2 p.m.

Posted by Jacqueline Jules at 6:41 PM No comments: